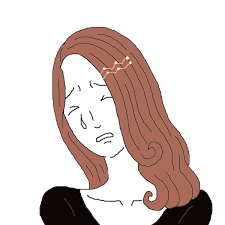 Ever wondered why someone you love or someone you like to spend time with behaves weirdly bipolar sometimes or chaotic? Or do you tend to notice how contradicting they sound?

Chances are they might be going through post-traumatic stress disorder. Don’t roll your eyes just yet because I used this term. It isn’t necessary that someone might only be traumatised if they face something grave.

Some people are more sensitive than others in certain aspects which makes them easily get puzzled with day-to-day situations in life that might be normal for your.

If someone has Post Traumatic Stress Disorder (PTSD), it is likely to be a sign that they have encountered something that has overwhelmed their system. Or if it doesn’t relate to one thing, in particular, it could mean that many little things have made an effect on themselves for their this disorder.

Either way, due to how overwhelmed one gets by what took place, it wouldn’t have been possible for their system to integrate the experience/s. As a result of this, they end up continuously re-experiencing what took place or certain parts of it in other situations.

For instance, fear of failure, overthinking that you’ll be humiliated about what you do, anxiety over speaking your opinion, etc., can also become a part of PTSD in a person’s life.

It is Futile, but they can’t stop it

The reason they continually re-experience it is that their being is trying to integrate the experience. Brain functions like a computer game. If you can’t clear a level to move on, you stay stuck there until you learn how to cross that level.

The same is with people with PTSD. Instead of being able to mingle with what took place and then to move on, they merely end up being re-traumatised all over again when they even think about it. This is one of the reasons why it is so necessary for someone in this position to reach out for external support.

A Vital Element- Reach Out

Due to how fractured they are internally at present, they are unlikely to have a lot of inner strength to ask for help. Like a building that is about to fall, you’d know you need external support to make up for what a building internally lacks to keeps it standing.

Reaching out for support is not only going to be a good thing for them to do; it will be something that is essential to get back on their right content bein. If they don’t do this or you help them out with it, they are prone to suffer in silence, and their life is unlikely to get any better.

The trouble is that even though they are in pain, somewhere inside, a part of them probably associates reaching out to others as something that is a sign of weakness. What they endured may have caused them to suffer a fair amount of shame which makes them feel flawed.

This confusion and embarrassment could have such an adverse effect on their life that it could end up practically deadening them. Ultimately, this part becomes nothing more than a parasite – something that will take over their system and end up defining how they see themselves.

The sooner one realises this or someone around them realises this, the faster they can get the help that they need. One may need to use every bit of energy that they have to propel themselves in this direction.

Since they are already in pain; pain that is bound to increase if not paid heed to, they wouldn’t realise on their own about this. If the sufferer or the close one to the suffering can help them do this, they will be able to look back someday and realise that they did the right thing.

Protect the troubled ones

If someone is carrying trauma, it doesn’t mean that they will always feel overwhelmed. The reason for this is that one can have many ways to manage what is going on within them.

One learns to manage on its own if not have gotten external support by avoiding certain environments or by withdrawing altogether. Their greatest need will be to avoid feeling overwhelmed. But how long can one avoid specific or all situations? One will eventually end up getting shunned on other needs to keep surviving which will bring their doom crashing upon them even more.

People generally assume that a person who has PTSD needs to come out in the open and mingle with the people. But having fun and spending time around people who make them laugh or smile, for instance, is not going to be on their mind at all. They would only and only be focused on being in an environment that doesn’t overstimulate them.

Well, of course, it doesn’t necessarily mean then that one will consciously ignore their other needs to keep on surviving the trauma. What this will show is how much pain they are in, and it would be reflected as for how their brain is unable to function in the right way.

Withdrawing from the world and society will allow them to gain some amount of control. And not having power can be seen as something that would lead to their demise. However, when the time comes for them to sleep, they will need to learn to let go. Or else it will keep showing up as nightmares.

Getting to sleep will be the first problem and staying asleep will the second problem then they’ll have to face. These two challenges, like the other challenges that they feel, can be gradually resolved by working with a therapist or a healer.

No matter what they have been through, they don’t deserve to suffer. They can commit themselves, or the close ones around them can commit to helping them find a way to move forward and to gradually transform their life.